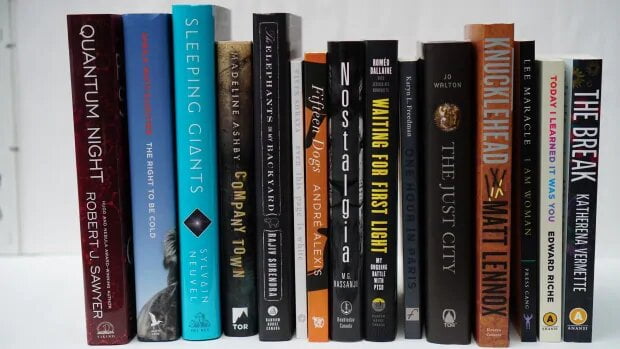 Check out the information and discussion questions available for The Three Sisters Bar and Hotel, Three Views of Crystal Water, Angel Walk, The Truth Teller, and Creation.

Click on the links below for more information about each book.

Pick your book club’s next selection by browsing through the questions below and clicking the links to find out more.

Katherine started The Shoe Project in Toronto in 2011. She knew newcomer women had much to give to Canada but were often sidelined by lack of writing and speaking skills in English. Knowing that women especially- journalists, teachers, psychologists, nannies or homemakers-  were eager to join the  Canadian conversation, she created a writing workshop for them. When Elizabeth Semmelhack, now Creative Director of The Bata Shoe Museum, offered the use of the museum’s lunchroom as a meeting place, it became obvious that the topic would be shoes. So it began, with twelve women from five continents sitting around a table, drinking tea. In wide-ranging and often emotional conversations, they explored “the shoes I left behind,” “the shoes I wore to cross the border,” and “the shoes I dreamed I would wear in my new life.”
As one year became two and three, and four, “We added performance coaches,” says Katherine. “We added chapters in Vancouver, Canmore, Calgary, Antigonish, Edmonton, and Halifax. The Shoe Project has brought together veteran writers and theatre artists across Canada with refugees and immigrants to exchange storytelling skills for brilliant insights into the lived experiences of women as they leave one life behind and build a new one. It has been a phenomenal experience, and enlightening for participants and audiences.”   The journey continues as alumnae take on the management and direction of The Shoe Project. Katherine remains as Chair of the and is cheering from the wings. Learn more at www.theshoeproject.online